Overview:
The cooling cup adopts an advanced ECT semiconductor refrigeration chip, which makes it have a perfect cooling effect. Could get a cold drink on hot summer days quickly.
Humanized double-sided exhaust accelerates heat dissipation and silicone non-slip pad ensures stability.
This fast cooling cup features small size and lightweight, easy to take everywhere, suitable for office, home, party, bar, etc.
Could pour the drink into the aluminum alloy cup or directly put the beverage bottle into it. Simply plug it in, then touch the switch, it will work. 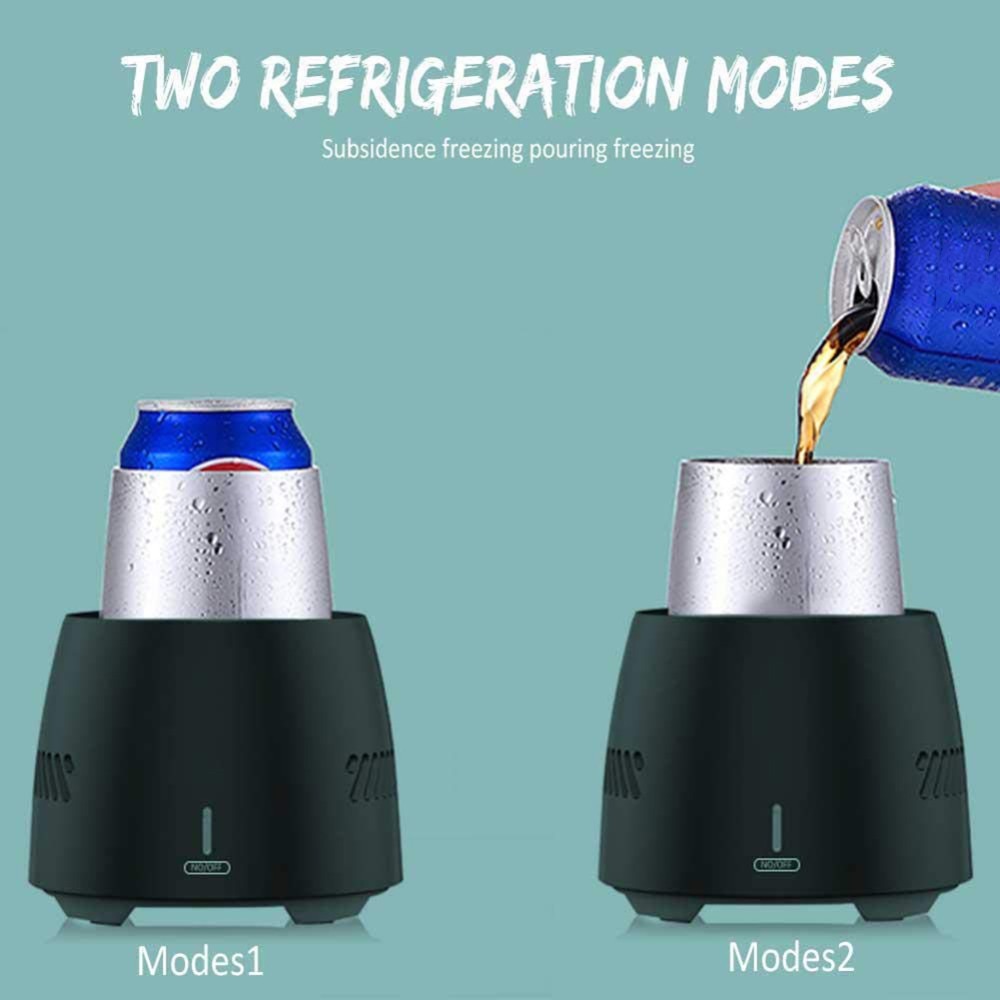 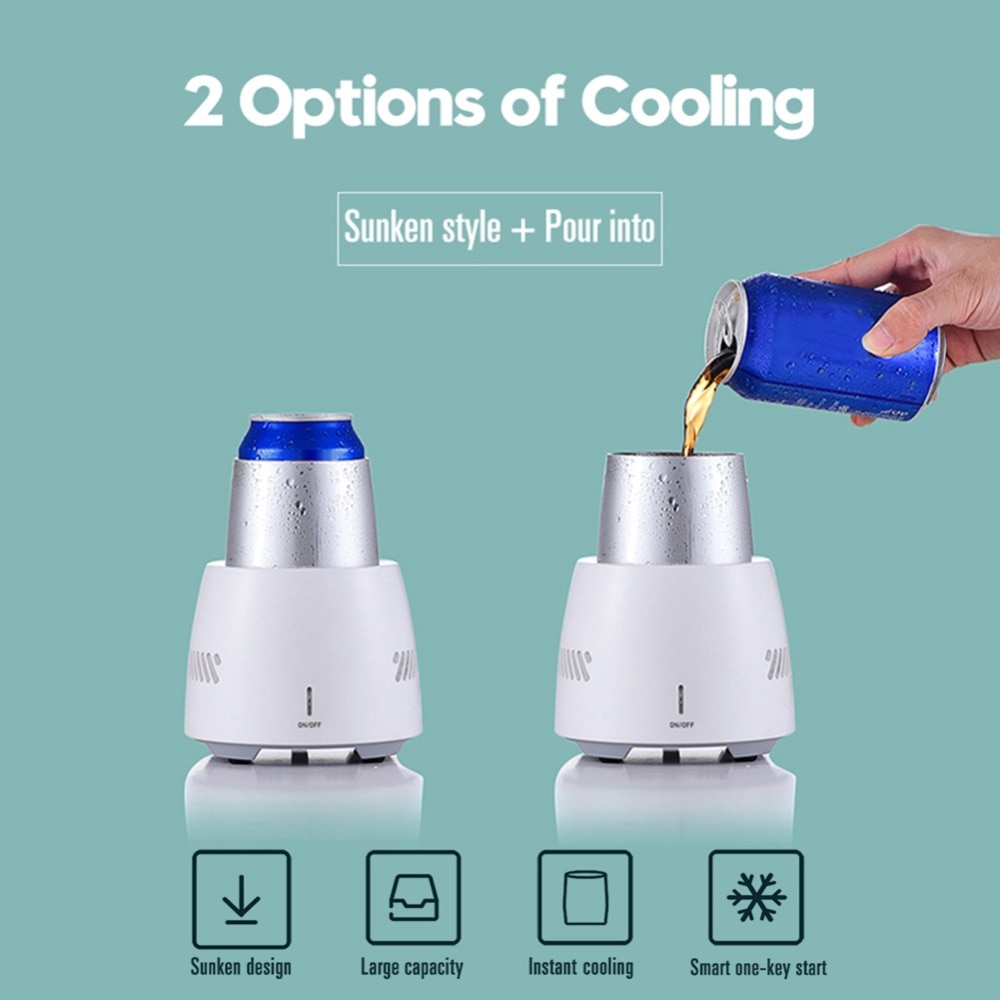 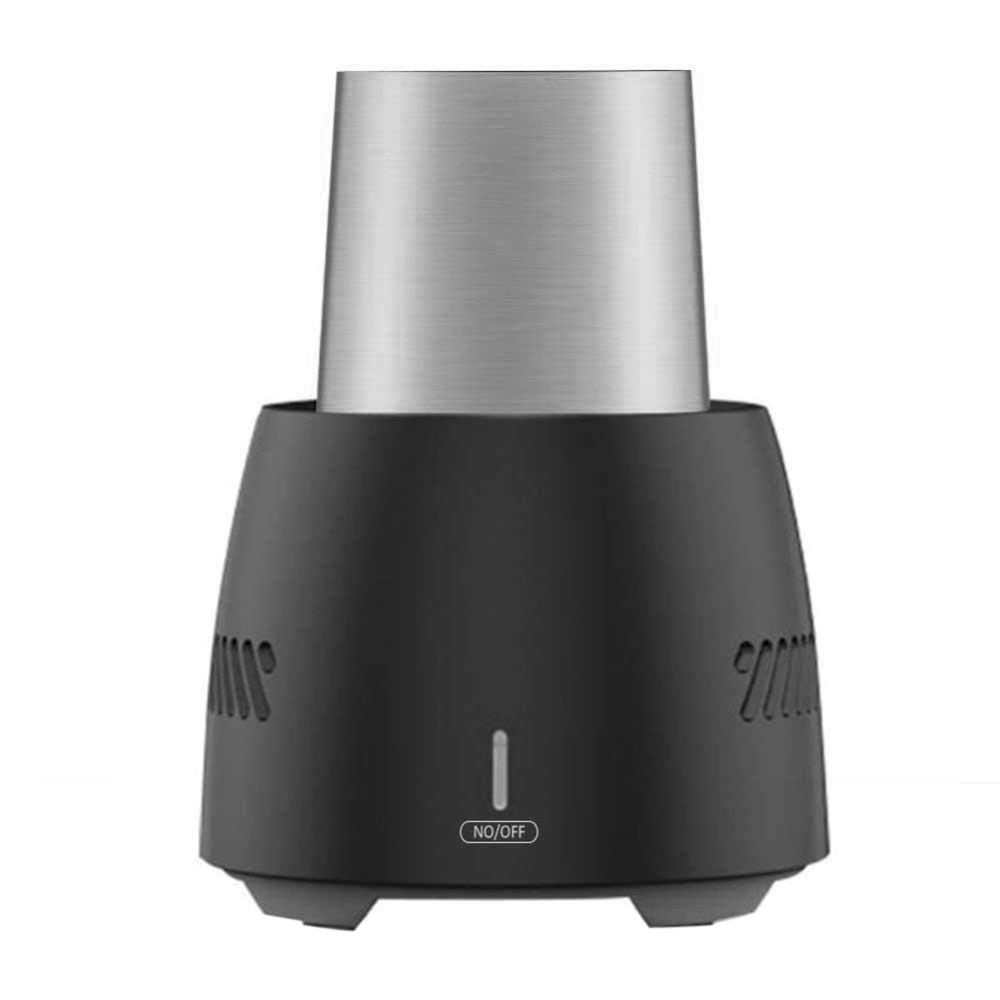 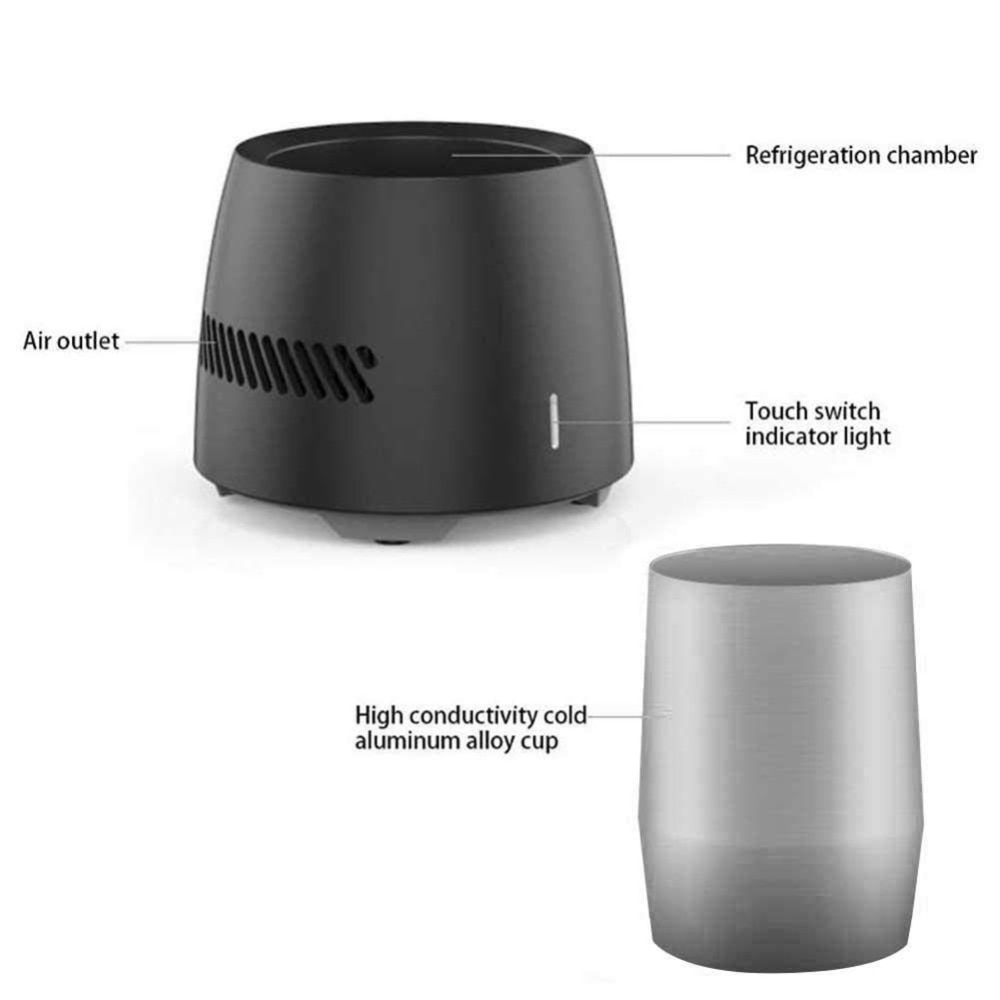 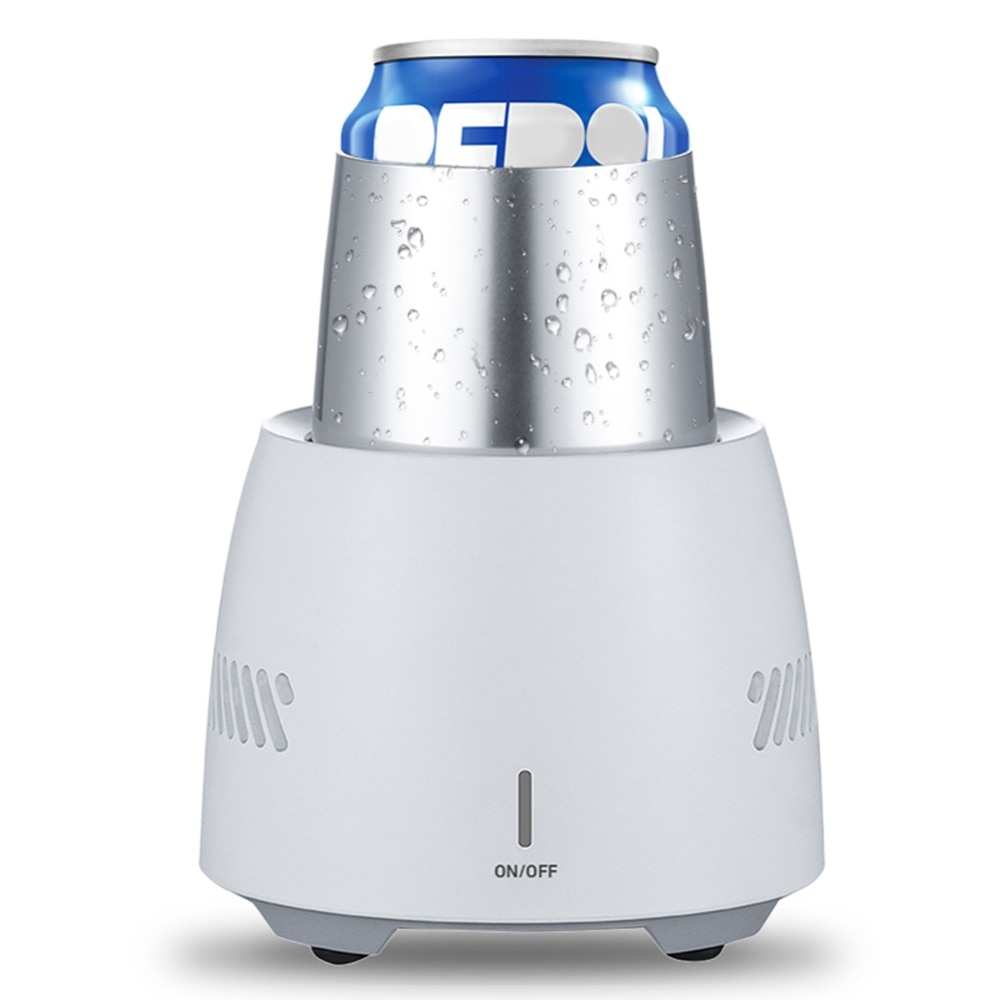 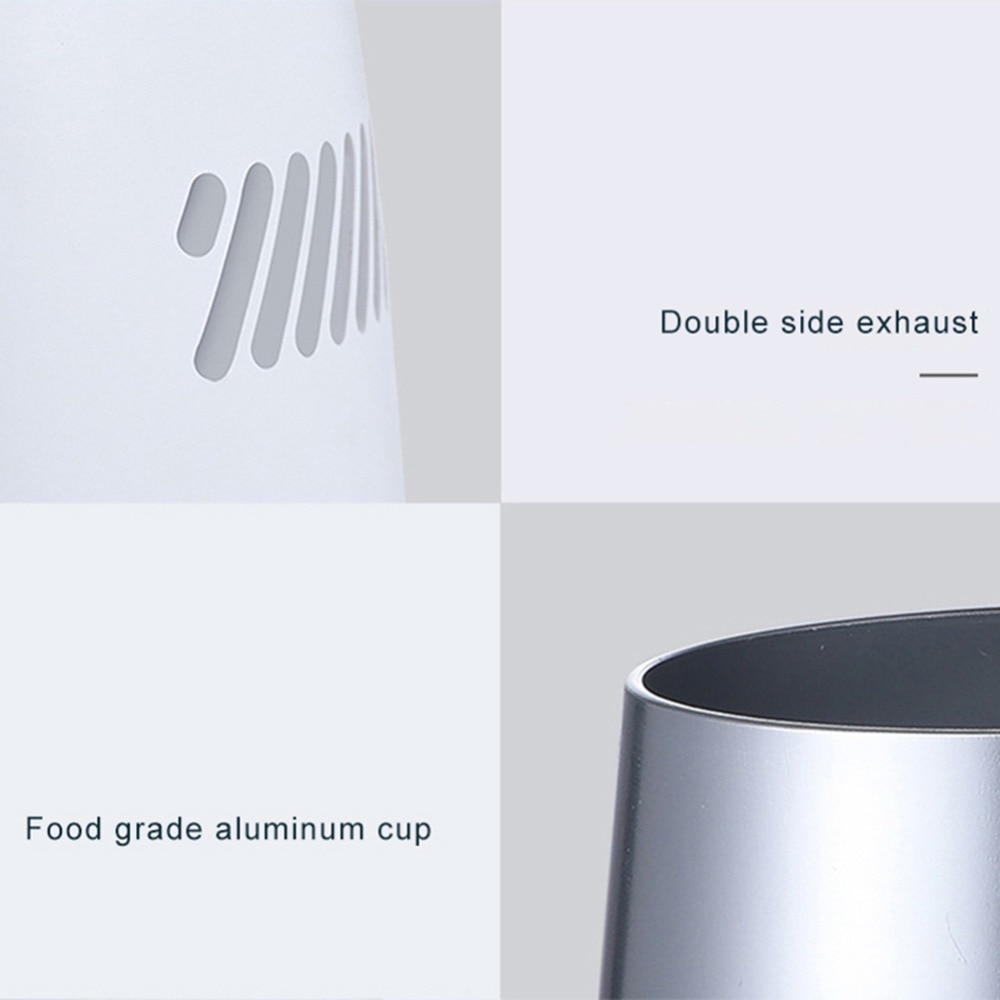 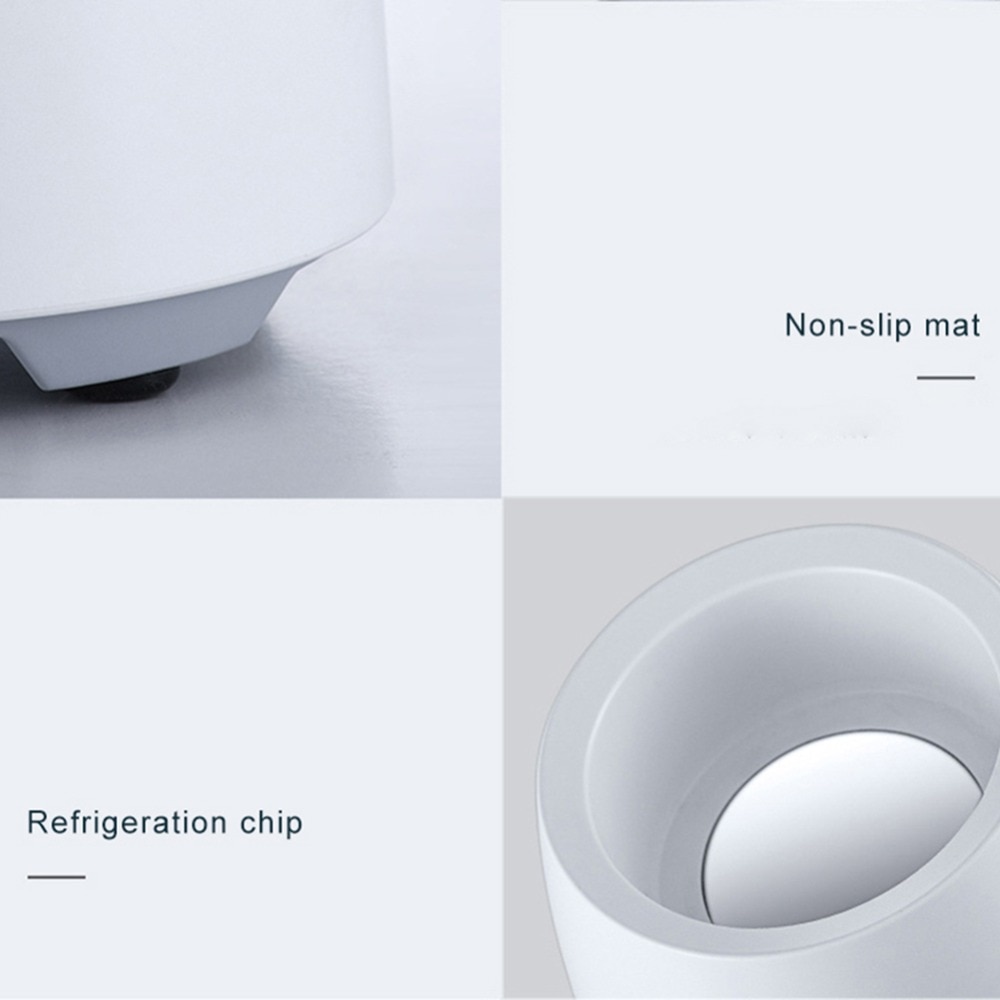 Daniel Berke
Rated 5 out of 5
Video Player is loading.Play VideoPlayMuteCurrent Time 0:00/Duration -:-Loaded: 0%Stream Type LIVESeek to live, currently behind liveLIVERemaining Time -0:00 1xPlayback RateChaptersChaptersDescriptionsdescriptions off, selectedCaptionsCaptions off, selectedAudio TrackFullscreenThis is a modal window.The media could not be loaded, either because the server or network failed or because the format is not supported.  Recently I found myself wondering: is there a better way to keep a drink cool in the summer months than by watering it down with melting ice? You can use whiskey stones or similar re-usable ice-cube-replacements, but surely there must be something more 21st-century out there? And there is! In fact, we've had the technology for it since 1834, in the form of a Peltier cooler which uses electric current to produce a temperature gradient with no moving parts or liquids involved.In practical terms: you hit the capacitive touch button on the front of this thing, and the metal plate in the depression on top becomes quite cold, quite quickly. Pour your pre-cooled drink into the provided aluminum cup and place it on top, and it'll stay chilly. I've seen some reviews bemoaning the fact that it doesn't really cool down a room-temperature drink very well, but that's not this thing's fault; thermodynamics is just stacked against us when it comes to cooling things down versus heating them up, unfortunately. While this won't cool a warm drink down, it'll keep an already-cold drink nice and frosty, and that's really all I need.My one minor complaint with this thing is the capacitive touch button on the front; it's both too sensitive and not sensitive enough by turns. Sometimes it takes a few finger pokes to get the device to turn on or off, and conversely sometimes I'll turn it on while just moving it around my desk, with my finger not especially near the button. This hasn't caused any real problems for me, however, and doesn't affect the operation, so I can easily live with it. All in all I'm quite happy with my purchase, and look forward to many cool drinks on hot days with this futuristic-feeling gadget on my desk.
Anonymous
Rated 5 out of 5
I like to keep a cold drink on my desk while I work but find it does not stay cold for long and sweats on my papers. This product will keep it cold. No more going to the refrigerator multiple times daily to get a cold beverage. I keep a gallon container of bottled water in my office, under my desk, at room temperature and fill the cup that is provided with the product as per my wishes and its made cold. I have had this product for only one week.Still works great, the beverage is made very very cold, just how I like it.04/12/20: just ordered another one for my daughter as a gift.07/14/20 My first purchase just broke in under a year ? It worked great up to its date of death. I hope they will be considerate to me and replace it.
Amazon Customer
Rated 5 out of 5
It is Superb!
Cameron
Rated 5 out of 5
I'm amazed but this did exactly what it said it would. I wouldn't go so far as to say it would freeze things (unless it's that soda you left a little too long in the freezer and it was on the edge, which I did on accident), but it keeps an aluminum can of soda crispy cold all day. It's also just big enough that the metal cup included can hold a smartwater bottle, a hint water bottle, and most iced coffees. I haven't tried it for anything hot yet, but I'm delighted with the cooling feature. It's a little noisy and I suspect it draws a good bit of power, but it's greatly slowed my soda intake because I was always rushing to finish it before it was warm. I'll update when it eventually dies.